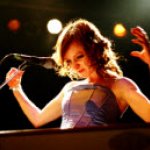 Welcome to the high culture channel where we rejoice in opera, classical music, ballet and musical theatre.

Enjoy the many gems that sifters have found.

Why don't we have a channel that celebrates extreme skill, craftsmanship and mind-boggling physical feats?

I believe the following examples would fit rather well;

Notice that most of these have channels that don't quite cover the exceptional level of skill on display. Calling it Art, Geek, Sport etc doesn't quite seem to do it for me.

I believe a Skills or Skillful channel would be a very interesting addition that people would gravitate to.

This is quick, but I thought I would post it so more users could see these vids. If someone wants to find out which ones aren't here yet go for it.

The Muppets have always been a great source of fun for adults and children alike. Youtube has an official channel for them here -- Muppets Studio.

So look around and post/embed some classics in here and everyone can have a quick link to their favorite bits; such as the Mah na mah na Song. Include others that small time users like me can't post (non-hosted). In the future we can just create a list to upkeep. If there is one already please link it here.

Been on the block way to long to keep yer kids away from his place, just IGNORE him, he'll go away......Sorry mom, you've got kin!!

Much as I adore looking after Bravo I was wondering if I could give it to someone else even more dedicated than myself and then hopefully get a new channel when I hit Ruby. Is that allowed?

... I just saw a beautiful sift of Nuriev dancing Le Corsier (sp? because i'm drunk), and it occurred to me: what an amazing thing that I can sift something from a 9 to a 10 and bring it to a wider audience and hopefully expose them to something so unlikely in the grand scheme of the universe... just beautiful...

... It got me to thinking. If by some chance we were to find a way to overcome the rules of physics and communicate with other intelligence across the universe and set up an "internet" that went beyond our planet... can you imagine the absolutely amazing, unlikely and wonderful things that we would sift? Could we possibly imagine the insanity of sifting something from 9 to 10 that just goes beyond anything in our conception of our own cultures?

Sorry, drunk and feeling inspired by the sift and all that it brings to me on a daily basis... I swear, if my financial situation improves, I'll become a charter member on a subscription, because the sift is a wonderful wonderful thing...

Every musical crescendo - a gradual volume increase - "aroused" the body and led to narrowing of blood vessels under the skin, increased blood pressure and heart rate and increased respiratory rates.

jacobrecker, the mongrel sifter, breeds 100 stars from his crossposting.

Here are some examples from his diverse sifting:

Be sure to check out his pqueue and unsifted listing:

[Edit: that was the picture I made but I may not be able to post it]

I will admit I am not the frequenter of the site that the rest of you or Mr. Emu is. It is a burden I must carry, well with others, but for the sake of argument: alone. However I do have one advantage in that while Mr Emu is a man who keeps his face away from the internet public I do know him in person, and I feel obliged to share the personal information that he so lamely tries to keep his own.

1) He has managed to lock himself in a dog cage at ages 3, 7 and 15. One might ask why? Possible answers: attention whore or f*cking stupid.

2) The man started his "career" as a marketing and advertising rep for a Blind and Window treatment company. While he might be quick to point on his "successful" movie PA career the man once could name 20 different shades of red. Also btw you PA'd on TDK, you didn't make it. It's not a personal slight when the movie gets shafted come awards season. Oh has he mentioned he worked on that yet? No? Count yourself lucky since he manages to work that into every other conversation he has.

3) I'm glad you enjoy the city of angels but the rest of us have -15 degree weather. Stop complaining about it hitting 90 when it was a chilly 55 in the morning or I swear to God I will punch you in your surprisingly accurate avatar teeth.

4) If you take a gander at his PQ you'll see Mr. Emu (or Paul <gasp> as his first name is!) spends most of his time laughing at cartoons we've all seen, commercials he's too lazy to forward the DVR past (seriously stop that) and clips where he thinks that having a serious WTF moment is the same as being funny. It's not. Stop trying to make like it is.

5) You sir are a fine gentleman and everyone should know it. I don't know why we rarely end up living in the same place, but that needs to stop. It's always pleasure to see you but know this one day I'm going to be the one who pushes you over the edge and wipes that constant smirk off your face but until then keep going because, seriously, I want to be the one.

For everyone else: it's not hard to take him down a notch. Just think of your most awkward social moment and say it out loud, because he's probably done it...today...and will tell you about it...again.

) Because he asked for more exciting music..and "because he likes to play hard"

Well she gave him this song and he loves it so much he wants to hear the real deal! We saw some clips on YT w/ the choral part that's so great.. but the quality is well..youtubish.

Youtube just isn't cutting it. He can't get his work done for humming it.

I'm shopping I-tunes for a download right now, but I want to make sure I get the most kick ass orchestral performance of the 9th Symphony EVAR

Right I'm having a go at a group playlist. The best reason I can think of having one is to capture all the unsifted Bravo gems sitting in PQs everywhere.
It's another tool for me as channel manager and might be interesting to browse for everyone else. If you would like in then let me know.

I saw a video from maatc tagged with Bravo that I wanted to promote. It's somewhere in his PQ but I just can't find it. Ended up promoting another Bravo video just now.

In Advanced search there is no way to filter on a given channel.

Can this be added as a search parameter or is there an easier way of doing this?

I read this thought-provoking article in today's Guardian arguing that we suffer new classical music in order to hear the old classics.

"In New York, Philadelphia and Boston, concert-goers have learned to stay awake and applaud politely at compositions by Christopher Rouse and Tan Dun. But they do this only because these works tend to be short and not terribly atonal; because they know this is the last time in their lives they'll have to listen to them; and because the orchestra has signed a contract in blood guaranteeing that if everyone holds their nose and eats their vegetables, they'll be rewarded with a great dollop of Tchaikovsky and Mendelssohn."


And being the Guardian there's a rebuttal;

There are only two pages of videos for Comedy. My Bravo channel has one video and three unsifted.
I have checked in both FF and IE.

It must just be me but I can't see what I could have changed to possibly cause this.

Having done my weekly glance at some videos in Bravo I have removed some posts from the channel that I don't believe are a good fit.

The channel description is;

"A channel dedicated to sifting the best from the opera house, concert hall or theatre.

Sifts can be performances, documentaries, interviews or anything else, mainly relating to opera, classical, dance and musical theatre."

I think it's ok for this to extend to videos that are influenced by these genres (hence the cartoons) and for jazz/blues to be included as they tend to be concert performances that, to me at least, feel like they fit in Bravo.

There's clearly a blurring here and I know I haven't caught everything but I don't think we should have newer genres or more esoteric musical fusions in the channel.

So please no rock or hiphop as these do have their own channels.

Just had an idea - I note that the tag cloud on bravo.videosift seems to be the same as on videosift.com.

Would it not be more useful if it showed the most popular tags from the submitted videos on the Bravo channel or <insert name of your channel here>?</insert>

» What is this RSS thing?

Not yet a member? No problem!
Sign-up just takes a second.

Not yet a member? No problem!
Sign-up just takes a second.